u is a world-renowned research pioneer in the study and commercialization of graphene and graphene technology. For over 10 years he has collaborated on graphene projects in the USA, Canada, Japan, Germany, and Singapore. His intellectual stamp is visible in many graphene applications and in some of the earliest graphene-oriented enterprises resulting from his efforts.

His goal now is to take the R&D beyond making and applying graphene (he calls that “Graphene 1.0”), on to a new technology to liquify graphene (“Graphene 2.0”), an area largely ignored by most researchers.

A famous relationship with MIT’s late Professor Mildred Dresselhaus, known as the “Queen of Carbon Science,” motivated Dr. Chiu to pursue several patents. He had previously invented a process to make graphene without needing to use mined graphite. His later collaborative work at Rutgers led to the development and patenting of plastic substrates to exfoliate graphene from graphite. This produced new plastic-graphene composites and composition of matter patents.

Dr. Chiu’s path to graphene is extraordinary. He graduated from Rensselaer Polytechnic Institute summa cum laude in Chemistry. As an undergraduate he was employed by NASA to work on its Origins of Life program under the late Professor James P. Ferris. At RPI he was awarded the Howard Hughes Undergraduate Fellowship. In 1996 he was accepted to work on combinatorial research with Pfizer Central Research. He joined Merck in 1997, and while still working on his master’s degree in chemistry. While there he traded a multi-year program at Columbia University for a three-semester program at Seton Hall University. His performance at Merck led to a corporate-backed full financial scholarship for his choice of any graduate school.

He received a full scholarship from the National Institutes of Health for an MD/PhD program and entered Mount Sinai School of Medicine & University of Bridgeport in 2000 as an MSTP student (Medical Scientist Training Program). He later received another scholarship to complete a formal doctoral degree in natural medicine (ND).

Even while pursuing his professional interests, Dr. Chiu continues to be a student, this time at Harvard Business School, where he studies artificial intelligence with high level corporate business executives. He has an eye towards applying AI to graphene. 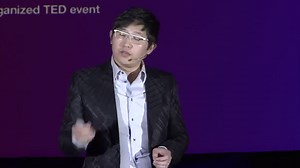